I got an opportunity to visit from Ahmedabad to Bangalore by flight on May 02nd, 2012. This was my first flight experience. My Dad and me reached the airport at 8:30 PM. We got our tickets and then had the security check. Our Spicejet flight SG 345 was scheduled to leave at 9:30 PM. So we had our dinner at the airport itself. The flight was on time and luckily i got the window seat (the child in me was so happy :)).  It was a hopping flight with a 30 min break at Pune. So i had double benefit in my first experience 😀

We were ready and waiting for the take off. Firstly the plane went on the run way till the opposite end and all the while i was feeling as if i am sitting in a bus :D. But finally it took an about-turn and the speed increased exponentially. Within a few seconds we were high, up in the sky. The view was breath-taking. The roads seemed like bright lighted lines, the houses and cars seemed like toys. The actual city looked like a toy model of a city. My ears were humming initially when the plane increased the height, but later on everything was fine.

Time just flew and very soon we landed at Pune. After a 30 min break, the plane again took off. Almost everyone was asleep, but i was so happy and excited that i could not even think of sleeping 🙂 Again there was similar view from the top. Our pilot Mr. Shashidharan was an expert. We reached Bangalore before time at 12:30 AM.

The Bangalore airport is awesome (maybe because the domestic and international airport is common). A bus dropped us till the airport. So may planes were lined up there. Our plane was at 72 numbered stop so you can imagine the view. There was so much rush at the airport that it seemed like a railway station 😀 I must admit that i am in love with Bangalore at first sight. Even at night the city looked so beautiful and well maintained. It is like heaven for a nature lover like me 🙂 It was so cool and pleasant that unknowingly i fell asleep in the taxi 😦 and missed the night view.

I would also like to add my second flight experience 😀 since it was a morning flight back from Bangalore to Ahmedabad the next day. I am sure you won’t believe me when i tell you this, “There were soooo many sparrows chirping merrily inside the Bangalore Airport”. Firstly i was shocked and then i was surprised. I am sure that the nearby people must have thought that i had seen the sparrows for the first time 😀 But i didn’t care :D.

The view while returning back was also very beautiful. Almost all the while (2 hrs.) i was happily looking out of the window (yes! again i got a window seat :)). The rivers and roads seemed like snakes. The green patches were beautiful. Very soon we were at 33000 feet. Even the clouds were below us. I thoroughly enjoyed myself all the while 🙂

It was one of the most memorable experience of my life ! Thanks a lot Dad 🙂 In 24 hours i traveled by a car, bus, plane, jeep and auto that day 🙂 Later on the complete journey felt like a dream. I hope i have such dreams recurrently 😀 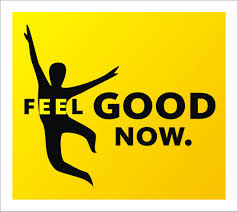 Sometimes some circumstances wake up the child within us. Some childhood memory, some past event, something exciting i.e. anything can trigger this feeling. It’s wonderful to be a child once again even if it is possible for some limited time. Once again we can go back to our dream world, where everything is possible. Where there is fun and frolic, no tension or stress and life is bliss!

The child in me wakes up when:

I hope you enjoyed this post and the child in you also woke up by recalling some similar event :). Now a question …

When does the child in you wakes up? Please share … Eat Pray Love is a true story of Elizabeth Gilbert or ‘Liz’. This book motivates us to face all the challenges of life boldly, not to give up, to listen to one’s heart and most importantly to make ourselves content and happy. The book has been written in a very beautiful way. No doubt it is a bestseller.

Liz is married and has everything in life one can dream of. But she is not happy. So after struggling a lot she ends her marriage. After divorce she is filled with sorrow. She can’t see what is happening in her life. And thus she goes into depression. It is one of the most difficult phase of her life. She loses a lot of weight and thinks of self-destruction. Finally she realizes that no one else can make her happy. So she will have to make the efforts herself.

She always wished to learn Italian language. It had no specific reason but she just wanted because she liked it. Secondly through a friend she came to know about a spiritual guru whom she made her guru. She wanted to visit her ashram in India. Finally a few years back a medicine man had read her hand and told her that she would come back to Indonesia and he would teach her everything.

108 is considered to be a good number. So this book has 108 chapters. The book is divided into three parts each of 36 chapters. So Liz decided to take a one year break and spend 4 months each in Italy, India and Indonesia (3 I’s).

EAT
This part describes her stay in Italy. She learns Italian from a person there and teaches him English. She has a great time in Italy. She make a lot of friends. She spends most of the time eating 🙂 in Italy. Every day she visits new restaurants and enjoys a variety of sumptuous food like pizza and pastries etc. Slowly she starts feeling good and regains the lost weight.

PRAY
The next part of the story leads to India. She stays in an ashram near Mumbai. She learns meditation. In the beginning it is very difficult for her to meditate and concentrate. But slowly she learns everything. She discovers tranquility and peace within herself.

LOVE
The last part leads to Indonesia. There she again meet the medicine man. She helps a lady to buy a house for herself by asking all her friends to contribute. And finally she finds love again. She meets Felipe and both fall in love with each other. Since both are divorced they are not ready to marry immediately however both are ready to lead a happy life together.

To know more what happened after Eat Pray Love the author has written the book Committed. Overall EPL is a good book. You will enjoy reading it. And at some points you can easily relate with Liz. Happy Reading 🙂

Here’s the trailer of the Eat Pray Love movie – 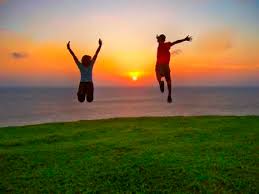 Sheer bliss !!! Yes that’s how i feel when i complete my targets and deadlines. Sometimes the targets may be small just like to finish some particular task in some time duration and sometimes the target may be somewhat big like to complete some major portion of the project. But believe me the pleasure, happiness and sheer bliss is always almost the same :).

Happiness is one of the best achievements of the life sometimes even more precious than name, fame or money. If you have everything but no happiness then that ‘everything’ is of no use at all.

Such moments make me feel so good. I forget my surroundings and also the past setbacks are no more remembered. Sometimes this sheer bliss persists for weeks together ! I love such happening times of my life when i go over the top. I hope the frequency of these days keeps increasing exponentially :).

The main cause of this happiness and bliss is a sense of achievement and fulfillment. When you put in hours or days or weeks of efforts into something and when its finally completes successfully it is bound to give happiness. Its a great feeling when efforts finally bear fruits.

So i would suggest, next time when you get the opportunity to perform, take it as a challenge. Give your best. Give all your time. If it’s not good enough then try again. Don’t give it up in between. Because quitting or giving up is one of the worst feeling in life. Trying and losing is always better that not trying ! Finally when the time, energy, efforts, hard work and perseverance result in a big success ENJOY !!!

This work is licensed under a Creative Commons Attribution-NonCommercial-NoDerivs 3.0 Unported License.

MCT in other languages

MCT in the past …

Recently I Blogged About